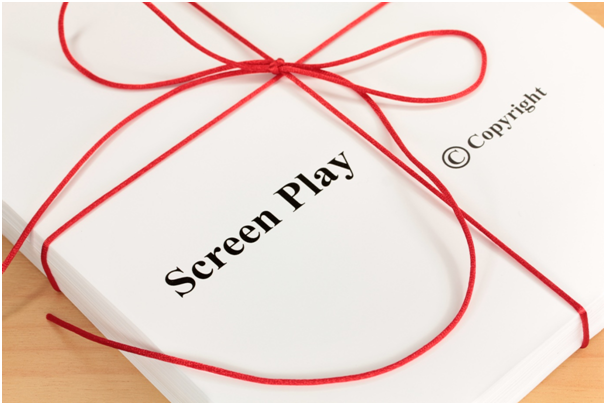 Mary Quinn is a visual/graphic artist with her roots in the learning disability community in the west of Ireland. She’s been in the United States with her daughter since her retirement in 2015. She was planning her first one person show, The Autistic Learner, in March of 2020. Needless to say, that event was cancelled. No video or online option has been offered to Ms. Quinn.

Playwrights are in a similar situation because of Covid 19… but we have options. Playwrights can become screenwriters, but it’s not easy.

The Establishing Shot: According to the Columbia Film Language Glossary, “An establishing shot is a long shot at the start of a scene (or sequence) that shows things from a distance. Often an aerial shot, it is intended to help identify and orient the location or time for the scene and action that follow.” The establishing shot makes sense in film. The audience is in a movie theater or in a classroom or at home… the film begins. We are in Los Angeles… or we are in Seattle… then we move into the office or apartment or grocery store with the full context of that universe. We know that this Seattle office is near the Space Needle or the Public Market or in LA near LAX. That establishing shot expands the universe and takes the audience into a world of certain possibilities. And the audience expects to be oriented.

Playwrights don’t think in terms of expansive orientation. The stage is the stage. Although the universe of the play isn’t limited to the space of the black box theater or proscenium or thrust stage, often the ‘beyond’ is not as important as the ‘within.’ The audience expects a very different orientation. Further, stages are often simply decorated: a park bench, a kitchen table, a single dying tree. How do playwrights orient their audiences? Certainly not the way filmmakers do.

This is where screenwriting and playwrighting diverge. And this may be one of the reasons it’s difficult for the playwright to become a successful screenwriter. Difficult but possible.

Screenwriting requires a different imagining of story… the expansive universe is the context of story in film (unless that universe is magically and cinematically restrained.) The audience climbs into the world with a willingness to populate that world. Screenwriting, the power of the cinematic takes place in the cosmos of human context, but the visual possibilities are endless.

Playwrighting, on the other hand, dances on the principle that the more specific, the smaller, the less expansive, the more universal. Try for one moment to imagine a film version of Waiting for Godot. It’s not possible. Interestingly, it is the lack of orientation in that play that makes it so personal and heartbreaking. The audience isn’t drawn into the story, the story is forced into the heart and psyche of each member of the audience. It can only be the human presence on stage that ‘establishes’ a human context.

There are individuals who prefer stage to screen. But most playwrights and screenwriters are storytellers who want to tell their stories. The majority of playwrights fall into that category. And unlike Mary Quinn the visual artist, playwrights have the luxury of learning to, either temporarily or permanently, readjust our thinking about how we orient the audience, how we imagine stories being told, turn off the ghost light and turn on the camera obscura. But it’s a change in our vision of storytelling, our vision of ourselves.

One example I can offer is a stage play I wrote about a woman in a kind of witness protection program. Because of the encouragement of audience members, I ‘adapted’ it into a screenplay. However, I wanted to maintain the cage-like characteristics of the small apartment wherein the character was in protection. According to many people in the film industry, the screenplay failed as a screenplay. The universe wasn’t expansive. The spartan, cage-like setting was limiting, and telling the story through the experience of the witness was not enough to grab and hold the attention of a film audience.

In a Covid 19 world, playwrights don’t have many choices. We can continue to write stage plays and hope the world stops spinning off its axis one of these days … or we can start writing cookbooks and making TikTok videos… or we can learn about telling cinematic stories. I don’t know what’s right. But I’m trying to adjust my second-generation American way of envisioning storytelling so that I can keep telling stories.

And I hope Mary Quinn finds a way to tell stories too.

Sheila Duane was born in New Mexico and currently lives in New Jersey. She teaches writing at a community college. Most recently, her play “The Loom” was produced in NYC as part of the 2021 Downtown Urban Arts Festival. Several of her other plays have been read or produced locally. On a personal note, Sheila loves Andy Warhol and has written a five minute film about a woman’s obsession with him.

Logline: Two women find themselves tangled in a web of police corruption, the uncertainty caused by PTSD, and the competing definitions of what constitutes ‘incitement.’