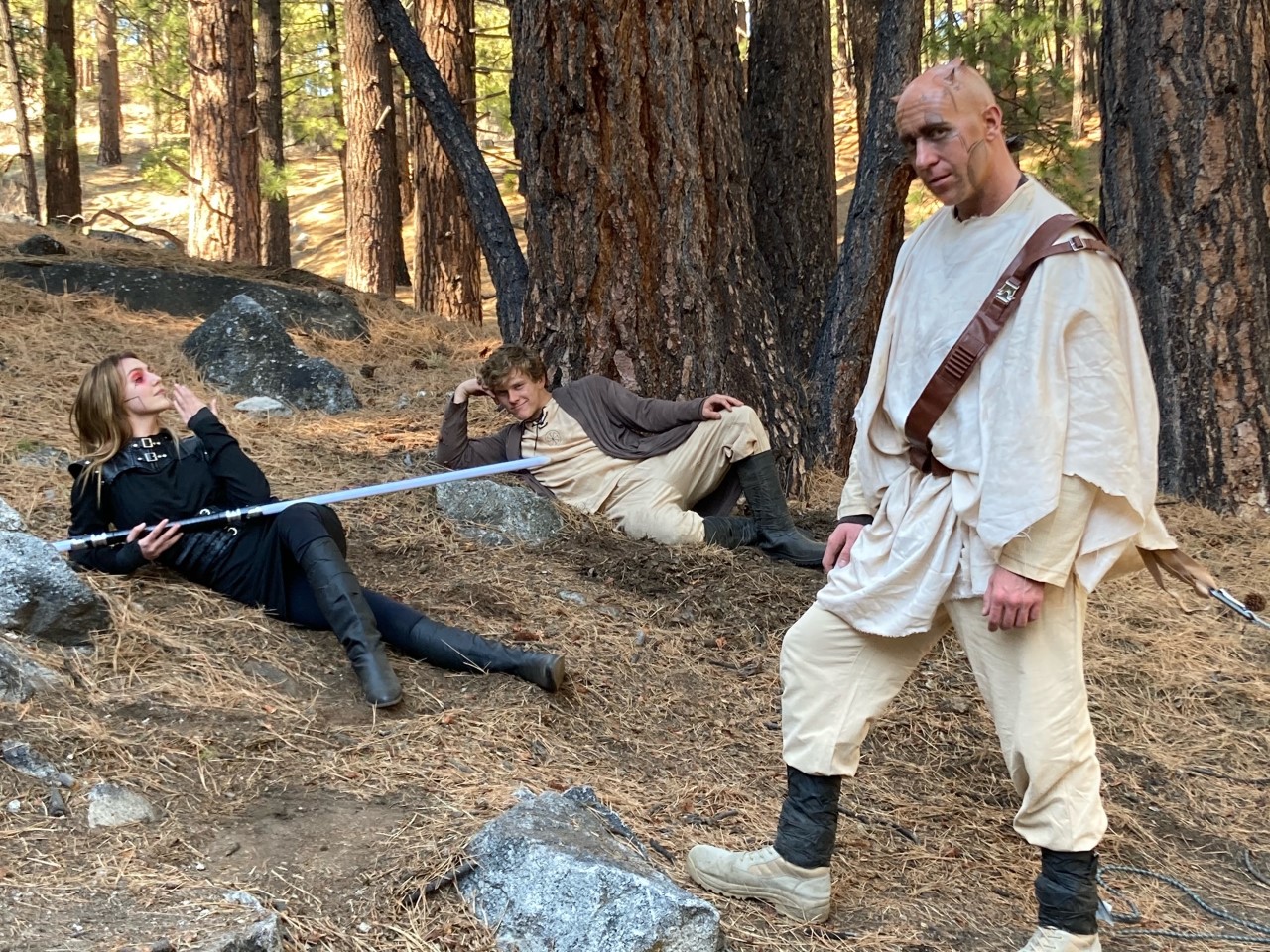 Making of Ashes of The Order: A Star Wars Fan Film

Mad Wife Productions founder Andrew Arguello had one passion project in mind for several years – a Star Wars fan film. After numerous times almost attempting to do it but never finding it to be the right moment, he almost gave up hope of ever producing it.

That all changed in January 2021 when Andrew’s good friend Joe Rinaldi engineered a realistic-looking and functional lightsabers. This was the motivation for Andrew to finally say – we’re doing this!

Ultimately, Andrew wanted to create a film that was not too heavy graphically, something exciting and intriguing and yet entertaining and high quality. Something that people want to watch. Well, it turns out the age old adage of “making a film is hard” really pronounced itself in the making of this film.

Andrew “I’ve often heard that it’s a miracle any film gets finished. Normally I don’t agree with this as we’ve always been very good at hitting our deadline with not much issue. But with a zero-budget fan film, this was almost the case. While our idea on paper was easy, the execution of that idea would prove to be a whole lot more than any of us expected.”

First step was coming up with the screenplay. Andrew and one of the actors, Jeremy Uithoven, got the initial story on the page with the help of screenwriter MJ Palo.

Next, Andrew reached out to several actors and crew members to ask who was interested in volunteering to make this film happen. Not only did we need story and lightsabers but also actors, crew, costumes and makeup.

Andrew “I reached out as many friends as I could and asked if they were a Star Wars fan and if they would you be willing to put numerous hours of unpaid work to help me make my passion project?”

Surprisingly, everyone answered “yes” and was as excited as us to be a part of the process. The cast and crew had their first production meeting in February 2021.

Next, we looked for the shooting location. After a few searches, we found the perfect spot at the David Creek Regional Park. After meeting with Park Ranger Nick and getting the permits, we were finally ready to start blocking and choreographing the fight scenes.

With three amazing and athletic actors – Cameron, Greg and Jeremy – we rehearsed at the location during three weekends preceding the shoot. With popular hiking trail just next to the spot, we definitely received a lot of attention during the rehearsals.

We had a bit of a hiccup the week before we wanted to shoot when our leading lady, Cameron, injured herself. Luckily, she was able to mostly recover from the injury during the week.

This was of course not the only setback. Joe, who was building lightsabers from the ground up, was having a hard time getting the things he needed to finish the sabers. The machine he needed arrived the day before the shoot and Joe spent the entire night assembling the 3 sabers we needed. The paint was literally drying as he drove to set. But hey – we had everything done and we were ready to shoot our fan film!

And then the snow storm hit…

It was a beautiful sunny March morning in Reno when the cast and crew met at the park at 8 am. And best yet, the snow had already almost completely melted and by the time we shot, it was gone!

We started with hair and make-up for the actors, while the crew hiked up a trail with all the gear – a brisk morning exercise!

We called action on our first shots with the drone around 10 am. After the drone shots, we started with the fight scene. A full 3 hours of shooting and we broke for lunch. Everything was on schedule.

And of course, this is when the entire project almost fell apart.

One of the actors confirmed he could not return the next day. So our 2-day/12-hour shoot just turned into a 6-hour shoot!

Now, we were in “go-time” mode. We took our B cam that lives on the gimbal and started getting as much handheld coverage as we could. It was glorious. We had saber blades breaking, actors flying through the air but we call kept pushing before the Sun would set.

At the end of the day, we were beyond exhausted but it was worth it. And this was only the beginning – what followed the 1-day shoot was 1000-hours of post production…

Andrew handled the editing and color grading himself – it took him less than a month to go from raw footage to final cut. Wow, we were rocking this! Well, not so fast…

VFX was handled by Jennifer McWhirter – a first timer! Andrew recruited Jennifer to the project knowing she had the patience it takes to do the VFX frame by frame for the lightsabers. And without her spending hundreds of unpaid hours on this project, it would not exist today!

But in the end, we finally got our film!

The premiere happened on September 11, 2021 with 50 VIPs in the audience. The film ended with thunderous applause and unanimous request to watch it again – which we did!

The film was released on YouTube on September 12 and got almost 2k views in the first day.

After months and hundreds of hours of hard work, the end result was worth it and the team cannot wait to do it again!

You can watch Ashes of The Order: A Star Wars Fan Film here: https://youtu.be/F-84omd6Qtg