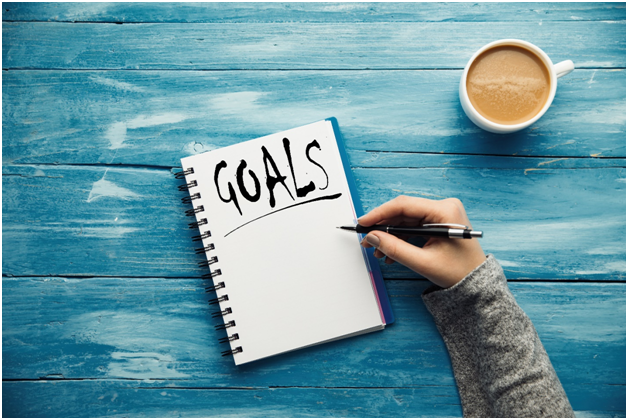 Summary of In the Jungle:

The year is 1970 and it’s a typical school day for twelve-year-old Eric, but Eric is not a typical boy. With hearing aids, a giant pair of glasses and the status of ‘outcast’, he’s a perpetual loner at the back of the class at a school for the hearing. But on the day the class lesson is ‘survival of the fittest,’ he must face the school bully and decide whether he’s a lion, a gazelle, or the king of the jungle.

What is your background/education in the film industry?

I joke that film school was an early mid-life crisis, when in fact I’d been storytelling for a long
time. My career was mostly in marketing and advertising, where I developed documentary shorts about real consumer experiences. But eventually I got interested in narrative storytelling, specifically I wanted to fictionalize the stories of amazing women in history. So I decided to pursue my masters in screenwriting from London Film Academy. In 2021, I made the semifinals of the Academy Nicholl with a psychological thriller about surrealist artist Leonora Carrington, an achievement that also feels surreal.

Do you have any produced credits?

How did being a finalist in RTSC help you in your career?
It paved the way to my first feature film credit! The first time I submitted to RTSC I made the semifinals with a TV pilot and received some really helpful written feedback. That motivated me to submit again in 2021, which is when In the Jungle became a finalist. Afterwards, producer MJ Palo reached out to say that she enjoyed the script and my writing, and would I be interested in co-writing for a Mad Wife Productions feature project. Since then, I’ve had the incredible experience of working on feature screenplay called Being Benjamin, a dark crime-comedy that is currently in pre-production, slated to enter production in 2023.

What would you say to people thinking of submitting to RTSC?
The main reason I submitted to RTSC was because the winning scripts would be produced,
which is extremely unique in competitions. But I certainly didn’t expect to place twice and end up writing for a feature project! In that way, it exceeded my expectations. So I’d give anyone considering RTSC some advice based in physics: the more you put yourself out there, the more likely things are to happen… just be open to the unconventional : )

What’s happening now with your short film, In the Jungle?

In the Jungle is funded for production! After placing in RTSC, the script found its way through a friend of a friend into the hands of award-winning director Ky Dickens. The story is inspired by my father and uncle, who were born with severe-to-profound hearing loss but grew up attending schools for the hearing, where they were often bullied. Because it aligned with the social change nature of Ky’s films, she offered to direct it.

She also suggested seeking nonprofit status to fundraise for the film with tax-deductible donations. I was able to attain a fiscal sponsor pretty quickly: HEAR Wisconsin first gave my father and uncle speech and hearing therapy as far back as the 1950s, and is still doing amazing work. Since they joined the team, I’ve created partnerships with a number of other nonprofits and educational organizations in the hearing loss space; I initially offered the film as a free resource, and several plan to use it as a springboard for programs and events. A few corporations, whose technology and services have benefited my father and uncle, have also come aboard to help with funding and marketing. And critically, I would not have been able to fund the film without the family and friend network surrounding my father and uncle.

At its core, the film is a force for good and a passion project for everyone involved – I really believe that’s why we’ve been so successful in growing momentum even beyond production.

Who is the team behind the film?

Our incredible director is Ky Dickens, who is best known for her acclaimed documentaries that shift public policy and culture. She’s been hailed a storyteller at the intersection of film and complex social issues – demonstrated by receiving the Focus Award for Achievement in Directing and the Change Maker Award for influencing social change through art and film. View Ky’s work on her website.
Producer Amy McIntyre is a longtime collaborator with Ky and the founder of Beeline Reps. She has produced films directed by Ky Dickens including Zero Weeks, The City That Sold America, and Sole Survivor.

How can people join the In the Jungle team?

Everyone is invited to become a producer of this special project with a tax deductible donation. Visit our website for more information.

I am also making the film available as a free resource to organizations for educational and community purposes, particularly in the hearing loss and deaf space, bullying prevention and SEL. If you are interested in distributing or working with the film, contact: chelseakania@screenplaycompetitions

What is next for your career?

Co-writing on Being Benjamin has been really special. I’d love to do more collaborative writing and would jump at the chance to work with Mad Wife again. Lastly, championing women in history is still my storytelling goal. So I’ll absolutely be pursuing ways to bring the stories of Leonora Carrington, Emilie Floge and Rosa Bonheur to life. If anyone out there shares my passion, let’s connect!